The service uses Astrocast’s own recently launched nanosatellite constellation, in Low Earth Orbit, and it is bidding to support low-cost applications in asset tracking and telemetry.

You can read more information about the Astrocast SatIoT service on the company website. Pricing isn’t explicitly described. 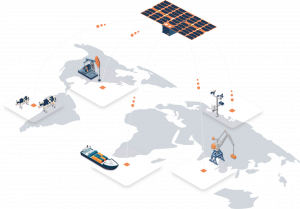 “So far, organisations have struggled to create a business case for deploying IoT solutions that can offer comprehensive global coverage, as well as efficient and reliable connectivity,” said Fabien Jordan, CEO of Astrocast.

“There is now an opportunity to use satellite IoT to increase visibility, transparency, and control over assets globally – and the potential for use cases across an array of sectors is almost limitless. What is more, in the past, these solutions have been too complex, costly, or simply unavailable. But, thanks to developments in satellite IoT technology, this is changing; and organisations that recognise the potential of going beyond terrestrial IoT will be able to create new competitive advantages too.”

Possible applications for SatIoT? Jordan cites the example, in New Zealand, of the need to remotely track cattle to identify individual animals that are unwell, allowing fast intervention and removal from the herd, to both reduce the spread of disease and minimise the need for medication.

According to the company, the nanosatellite constellation uses a patented data protocol that was developed for satellite-based IoT in partnership with Airbus, CEA/LETI, the European Space Agency, and Thuraya. 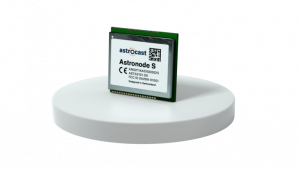 Early in 2001, the Astrocast network went live with the initial launch of five nanosatellites.

Since then the constellation has grown, reaching ten with the launch of five more nanosatellites satellites onboard a SpaceX Falcon 9 rocket in June 2021.

How to watch Kimi online: Where to stream, release date and trailer

How to watch Star Trek: Discovery season 4 online: Where to stream, release dates and trailer